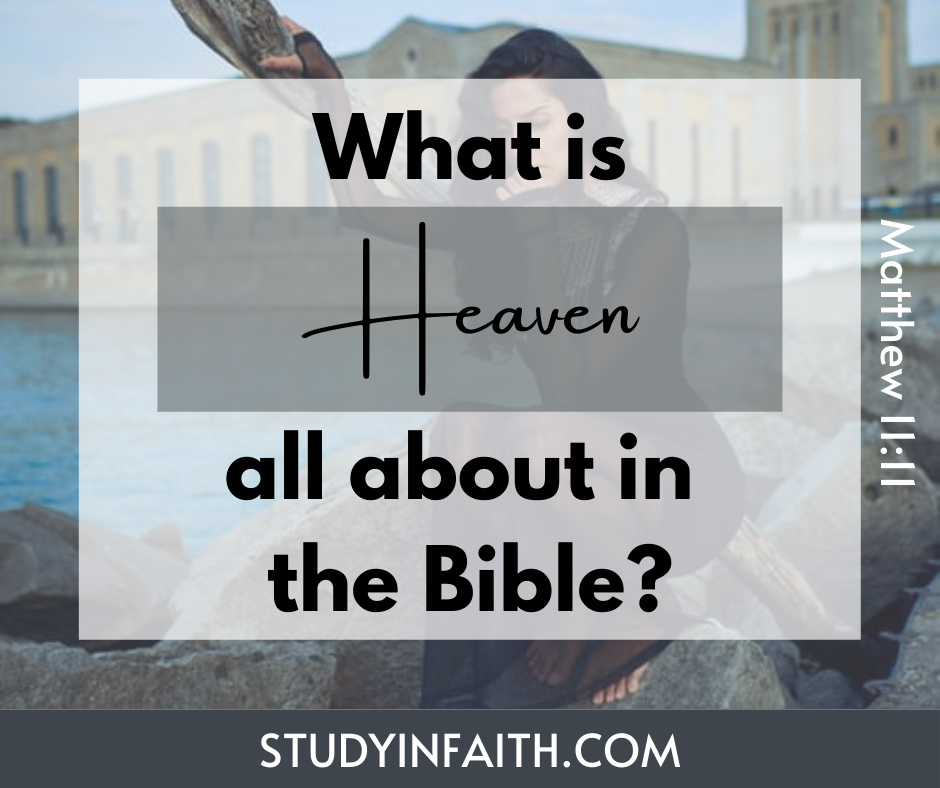 This week’s scripture reading, Matt. 11:11, Verily I say unto you, Among them that are born of women there hath not risen a greater than John the Baptist: notwithstanding he that is least in the kingdom of heaven is greater than he.

The first time heaven is mentioned is during creation from Gen. 1:1, In the beginning God created the heaven and the earth. The last time heaven is recorded in scripture is in the description of the new Jerusalem in Rev. 21:10, And he carried me away in the spirit to a great and high mountain, and shewed me that great city, the holy Jerusalem, descending out of heaven from God. The gospel according to Matthew has references to heaven the most out of any other book in the Bible with an astonishing 68 times followed by the book of Revelation at 54 times. Clearly, heaven is a very prominent subject in the Bible. In fact, it is mentioned more times than words like believe, repent, salvation and almost as many times as holy!

It is often asked, what are the three levels of heaven but scripture only mentions this on one occasion in the apostle Paul’s letters to the church in Corinth as noted in 2 Cor. 12:2, I knew a man in Christ above fourteen years ago, (whether in the body, I cannot tell; or whether out of the body, I cannot tell: God knoweth;) such an one caught up to the third heaven. It is therefore only prudent to tread carefully in drawing assumptions from just one verse in scripture. Conjecture is never recommended in this case to embellish upon a single verse.

There are also physical and structural descriptions of heaven noted in the Bible but they are perhaps more figurative in nature such as noted about the power of the Lord God in 2 Sam. 22:8, Then the earth shook and trembled; the foundations of heaven moved and shook, because he was wroth. Similarly, this description was recorded in the book of Job 26:11, The pillars of heaven tremble and are astonished at his reproof. Foundations and pillars in these cases tend to come across as metaphorical in describing heaven.

But what does Jesus say about heaven in the scriptures? Well, one of the most profound messages he gave was shared in John 14:1-4, Let not your heart be troubled: ye believe in God, believe also in me. In my Father’s house are many
mansions: if [it were] not so, I would have told you. I go to prepare a place for you. And if I go and prepare a place for you, I will come again, and receive you unto myself; that where I am, [there] ye may be also. And whither I go ye know, and the way ye know. What an encouraging message for believers from the Lord Jesus; many mansions, he goes to prepare a place for us, he will receive us unto himself, and where he is, there will we be with him. Amen!

Great in the Kingdom

Jesus pointed out this false pretence in religion as not being the way to get to heaven again in Matt. 7:21, Not every one that saith unto me, Lord, Lord, shall enter into the kingdom of heaven; but he that doeth the will of my Father which is in heaven. As Jesus continued to preach, he also acknowledged Old Testament people who would be in heaven, thus affirming the reality of it as shown in Matt. 8:11, And I say unto you, That many shall come from the east and west, and shall sit down with Abraham, and Isaac, and Jacob, in the kingdom of heaven.

During an occasion with Simon Peter, Jesus again made a rather profound statement about heaven. This took place after Peter made his eternal proclamation first in Matt. 16:16b, Thou art the Christ, the Son of the living God. Following this message of profound truth, Jesus said to Peter in Matt. 16:19, And I will give unto thee the keys of the kingdom of heaven: and whatsoever thou shalt bind on earth shall be bound in heaven: and whatsoever thou shalt loose on earth shall be loosed in heaven. Indeed, there has been much conjecture drawn from this single verse with certain denominations.

Parables of the Kingdom

Let us now close this Bible Study on what is heaven all about in the Bible. If you are seeking a life of faith in Christ, ask yourself the question, why would the scriptures and the Lord Jesus speak so much about heaven? Does it not demonstrate the utmost importance of this place of eternal destination? Does it not give incredible evidence about heaven as a real place that refutes any worldly fictional perspective of it? Does it not cause seekers of faith to ponder the eternal consequences of not asking the question, how do I get to heaven? Consider the opposite destination of heaven as described in the Bible which is a place called hell, often described of eternal torments.

There was a person in the Bible who once asked the apostles this same heartfelt question as described in Acts 16:29, Then he called for a light, and sprang in, and came trembling, and fell down before Paul and Silas, And brought them out, and said, Sirs, what must I do to be saved? Think about that simple seven word question for a moment, “what must I do to be saved?” Readers may be thinking, saved from what? Well, that brings us back to the antithesis of heaven and that is eternal damnation in hell.

Hell is as real as heaven in the Bible. Jesus spoke about this in Matt. 10:28, And fear not them which kill the body, but are not able to kill the soul: but rather fear him which is able to destroy both soul and body in hell. Jesus stated that both places, heaven and hell are eternal destinations as shared in Matt. 25:46, And these shall go away into everlasting punishment: but the righteous into life eternal. This brings us back to the question asked by the Philippians Jailor noted above. The apostles responded to him with the answer for all seekers of faith as shown in Matt. 16:31, And they said, Believe on the Lord Jesus Christ, and thou shalt be saved, and thy house.

What about readers of this study today? Will you believe? Will you believe on the Lord Jesus Christ? Will you be saved today? This is why Paul proclaimed the message of eternal words of life in Rom. 10:9-10, That if thou shalt confess with thy mouth the Lord Jesus, and shalt believe in thine heart that God hath raised him from the dead, thou shalt be saved. For with the heart man believeth unto righteousness; and with the mouth confession is made unto salvation. Why not come to the Lord Jesus right now, confess and believe that he is the Lord and know with assurance that heaven awaits you for eternity! 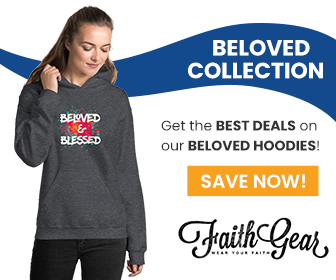