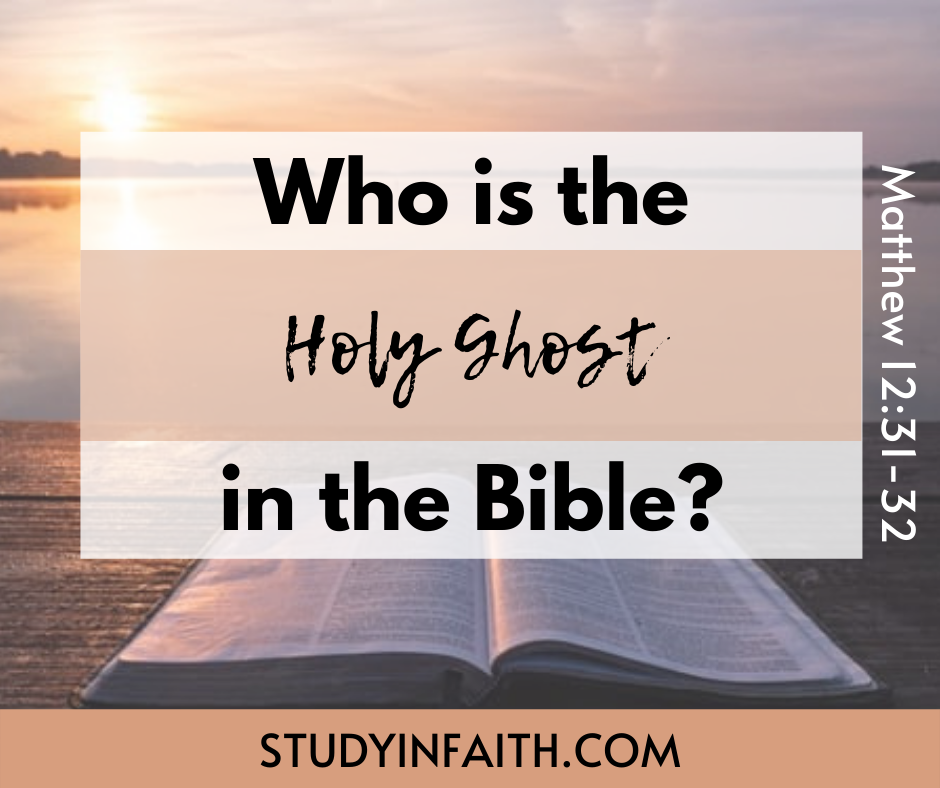 On the surface, this almost implies a hierarchal or difference of importance between them but this was hardly the case. Most interpretations view these comments as a reflection of the complete and utter rejection of the gospel message from the Holy Ghost. Moreover, this presents an incredibly ominous message in that the opportunity to be forgiven will never be granted for this offence.

This preaching message was so profound it was also recorded in two other gospel accounts by Mark and Luke. Mark records not only the bleak message of no forgiveness but also the destiny of such individuals in Mark 3:30-31, But he that shall blaspheme against the Holy Ghost hath never forgiveness, but is in danger of eternal damnation. Further reference is provided with Luke’s recording of this preaching from Jesus in Luke 12:10.

But what prompted Jesus to say such a startling statement in the first place? Well, let us consider what transpired in Matthew shortly before this when Jesus cast out evil spirits from people. After this miraculous demonstration of power over the spirit world, the religious leaders, known as the Pharisees attributed the working of the spirit’s power as coming from Beelzebub, the prince of the devils.

This was also confirmed in Mark’s account as he recorded a statement which now connects the false and blasphemous accusation against Jesus with the message of no forgiveness in Mark 3:30, Because they said, He hath an unclean spirit. Jesus also connects the two events together in Matt. 12:28, But if I cast out devils by the Spirit of God, then the kingdom of God is come unto you.

With that said, readers should not lose track of the main point from this scriptural passage as shared in the preaching of Jesus. The attribution of God’s Spirit to the power of darkness and evil is deemed to be unforgivable. Call it the dichotomy of blasphemous contrasts but why anyone on earth would contemplate toiling and trifling down this road to perdition proves quite troublesome.

Let us depart then from this dispirited train of thought and ask the question of just who is the Holy Ghost in the Bible? The Holy Ghost or as he is commonly known today, the Holy Spirit, is part of the triune Godhead. The Godhead is represented by God the Father, God the Son and God the Holy Spirit, Let it be clear that these are all co-equal, co-existent and co-eternal in nature. Time does not allow us to delve into proof texts to support this claim but avid readers of scripture will find them.

If readers are to view the Godhead in full context of the entire Bible, they will find the Old Testament presents God the Father explicitly, the New Testament presents the Lord Jesus Christ, explicitly, otherwise known as God the Son, and the letters written by the apostles explicitly present the Holy Spirit as an integral part of a believer’s life. Why is this so? Well let us look at several scripture verses for this purpose to see just who is the Holy Ghost in the Bible?

Prior to the imminent betrayal and crucifixion of Jesus, he frequently encouraged his disciples by letting them know the Holy Ghost would come to them after his departure such as in John 14:26, But the Comforter, [which is] the Holy Ghost, whom the Father will send in my name, he shall teach you all things, and bring all things to your remembrance, whatsoever I have said unto you. Here we see, the Holy Ghost will teach us and bring things to memory from the teachings of Jesus.

This was such an important message for his disciples that Jesus told them that he must depart in order to have the Holy Ghost come to them as their comforter. This was again documented and embellished upon by the fact that the Holy Ghost will not only comfort believers but will also convict people of sin and judgment as noted in John 16:7-11.

Nevertheless I tell you the truth; It is expedient for you that I go away: for if I go not away, the Comforter will not come unto you; but if I depart, I will send him unto you. And when he is come, he will reprove the world of sin, and of righteousness, and of judgment: Of sin, because they believe not on me; Of righteousness, because I go to my Father, and ye see me no more; Of judgment, because the prince of this world is judged. This passage of scripture is even more noteworthy since Jesus reiterates how the prince of this world will be judged.

Blessings of the Holy Ghost

In addition, as Jesus was preparing to depart from his loyal disciples, it was recorded near the end of John’s gospel account how he proceeded to give them the Holy Ghost in John 20:22, And when he had said this, he breathed on [them,] and saith unto them, Receive ye the Holy Ghost. As the disciples, and for that matter all believers in Christ, are regenerated by the new spiritual birth, they will receive power as noted in Acts 1:8, But ye shall receive power, after that the Holy Ghost is come upon you.

Therefore to close off this Bible Study on who is the Holy Ghost in the Bible, let us always remember that the Holy Ghost is part of the Godhead in all of his deity as referenced by the apostles (Acts 5:3-4). Finally, as believers in the Lord Jesus Christ, while we still live our life in a physical body this side of heaven, our bodies are now the dwelling place of the Holy Ghost as documented in 1 Cor. 6:19, What? know ye not that your body is the temple of the Holy Ghost [which is] in you, which ye have of God, and ye are not your own?

Dear readers, this is the collective answer to the question of who is the Holy Ghost in the Bible. Why not make the decision to believe in the death, burial and resurrection of the Lord Jesus Christ today and receive the Holy Ghost as your comforter in your life for eternity!